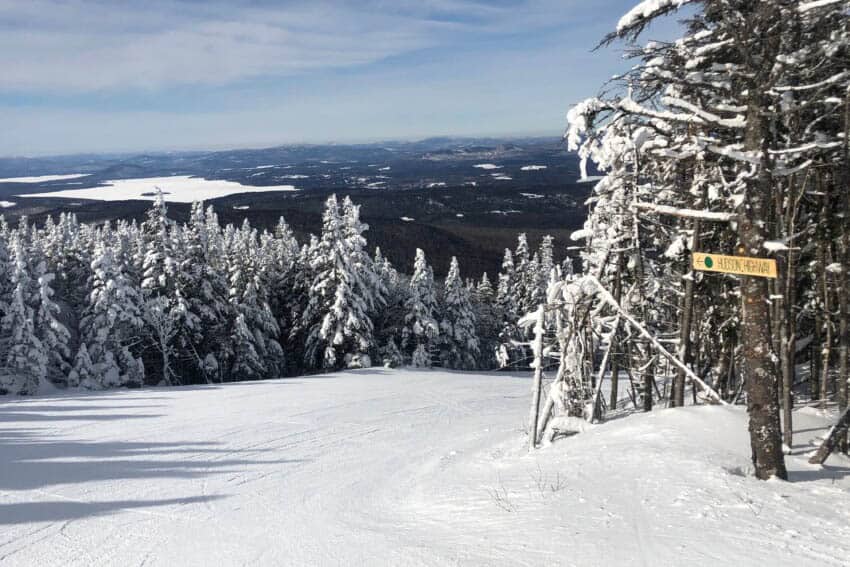 An Editor’s Year of Travel In Spite of It All 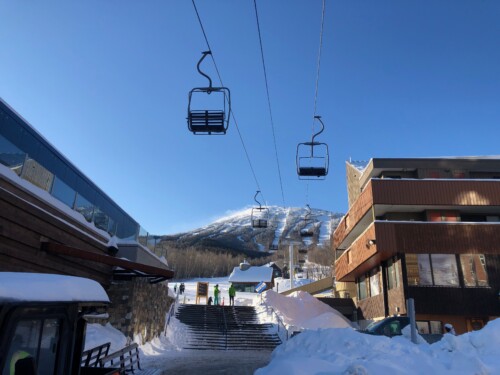 Despite the obvious headwinds we’ve all felt from this ongoing 2020-21 pandemic, I managed to do some traveling during the year 2021.  Here is a round-up of where I went this year.

My first trip was to western Maine for a ski trip to two different ski resorts, Saddleback and Sugarloaf Mountain.

The trip was memorable for there were no lift lines, plenty of packed powder, no ice, and a pretty painless COVID ritual. But the whole empty ski lodges and weird dining kind of got old.  The elegant lobby of the Rangley Inn was closed all up.

It was fun seeing my granddaughter Sofie who was 12, navigate this large mountain. I enjoyed seeing the town of Rangley, so far up north, and so different in many ways from the rest of Maine down south.

My second trip of the year brought me to Ocala, Florida, and later on New Port Richie and Tampa Florida.  We enjoyed a glass-bottomed boat tour in Silver Springs and saw a sprawling facility where kids play sports and parents hang out and watch. It was also fun to take a boozy boat tour and walk on Anclote Key, four miles off the Gulf coast. 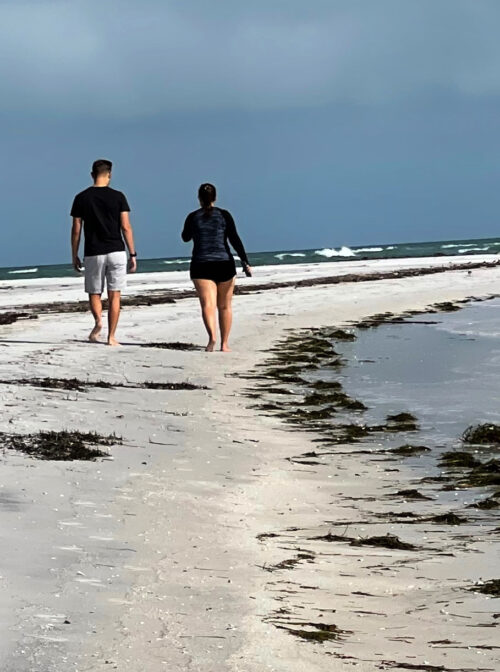 At this time, Florida was much different from most of the other U.S. states, in that masks were not a big thing and there were few restrictions. It didn’t feel unsafe, and in the scheme of things, it shows that there is not one single way to fight a pandemic.

It was actually quite a relief to take a break from so much masking, that I’d have to do during the rest of my trips this year.

July: Scarborough on the Maine Coast

This trip was pure vacation and I had a fantastic time with so many of my sisters and nephews nieces and grandchildren.  The only thing we were not crazy about was the house we rented, which was not at all cheap.  It was just chintzy.

But despite this, we had some memorable evenings on the big sprawling beach, some fun long hikes and we capped it off with a ride on a schooner out of Portland Harbor. This story did not make it into my blog or into GoNOMAD but I really enjoyed it up on the Maine coast.

I flew to Porto, the marvelous port city of Portugal’s north, and met my ship, the 255-foot Scenic Azure, with a roster of just 45 passengers and about 30 crew. It made for intimate dinners and really enjoyable excursions to this beautiful and empty part of Portugal, along the Douro River. This cruise company is excellent, everything on the ship was first-rate and the staff was flawless, even having to endure the masks and the extensive covid protocols. 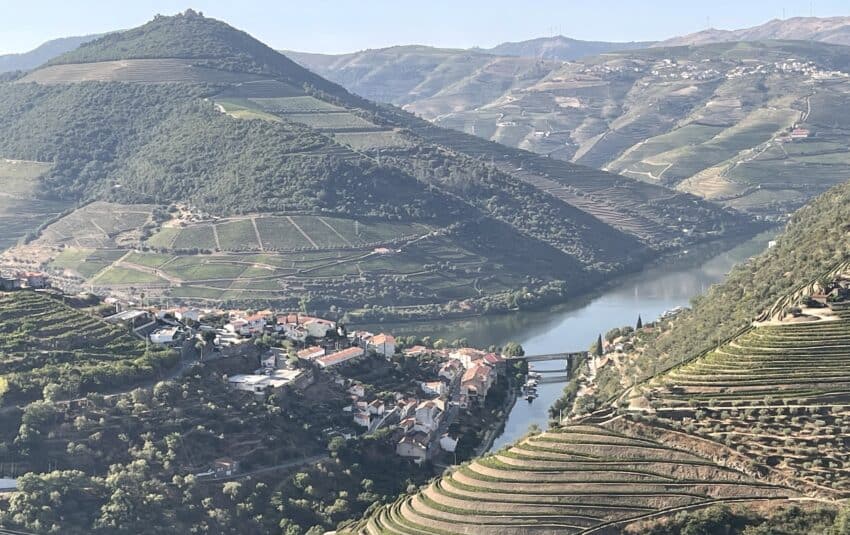 In September I joined my buddy Tim Leffel for a trip to Las Vegas where IPW was on tap. This large meeting of all U.S. Tourism operators and tourism boards has become a regular stop for me, and it was really fun being out in Vegas where so many impressive buildings are being built and so many interesting things take place.

A few of the things I did were operating heavy equipment, a bulldozer, and a loader, out in the desert, and touring the Las Vegas Raider’s new arena, Allegiant Stadium.  I also took in Meow Wolf, a bizarre experience modeled like a supermarket with fake food. But more.

I love the intriguing parts of Vegas, always something huge, new and exciting being built. Coming soon…the MSG Sphere. 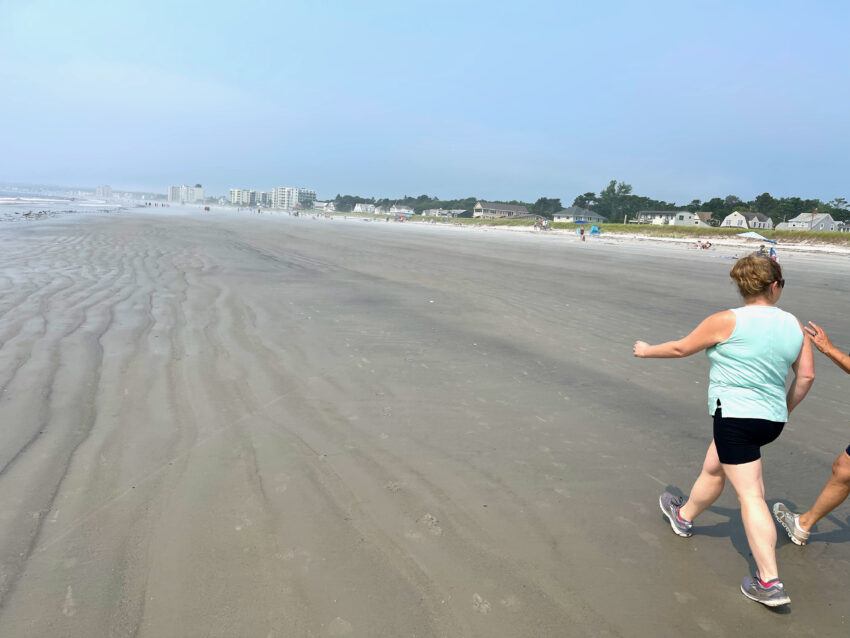 I was invited once again to help DestiMED evaluate their eco-tours went on a test trip to La Garrotxa, Spain. This region is full of small volcanoes, and the tour involved climbing up inside craters and learning all about the environment and geology here. We also got to climb a few mountains and see the sight of the Pyrenees about 60 miles along the border with France. 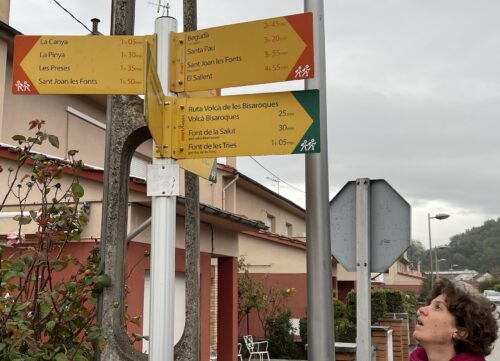 Signs provide valuable information to the scores of hikers who show up in La Garrotxa on weekends.

The trip was memorable, spending time with people from Greece, Lebanon, Italy, England, and Spain was enriching.  I enjoyed many dinners and wine tastings and especially their famous liqueur ratafia, a local digestive liquor famous for its robust blend of anise, rosemary, lemon peel, nutmeg, cinnamon, clove, and mint.

After flying from Barcelona over the Med to Rome, I had dinner with GoNOMAD contributor John Henderson and we walked a rainy Rome in search of a restaurant whose name had changed.  The pasta was worth the walk.

The next day I made my way to the bus station via a complicated series of trams, busses, and trains to board an eastbound bus for San Benedetto del Tronto, on the Adriatic. I was to be the guest of Cindy-Lou Dale, a South African friend who bought a house in Offida, a hilltop village about 30 minutes from the bus depot. 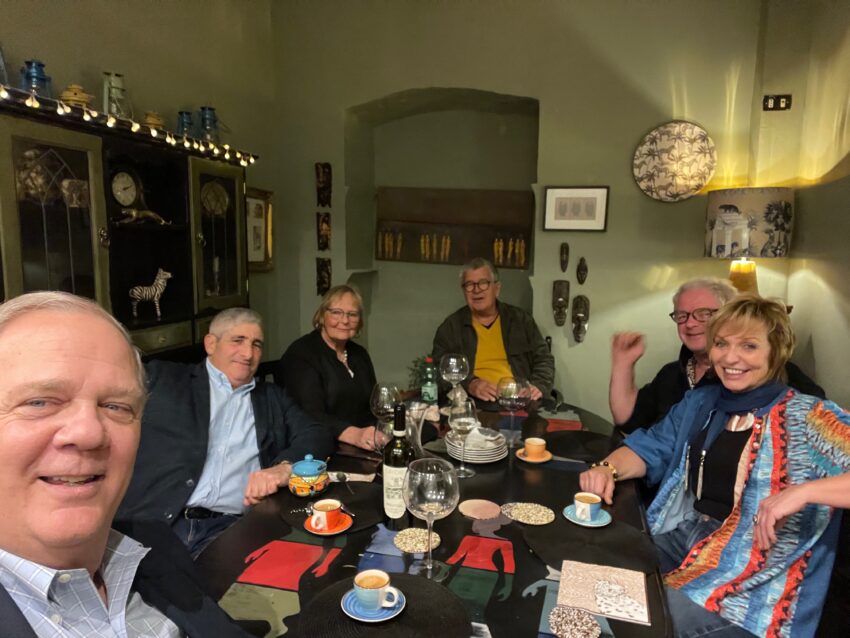 Her house was still under construction. There were no doors in any of the rooms upstairs. Still, she was proud of how the workers had created a lovely garden and did major improvements on the 500-year-old house, including installing the red woodstove she had shipped over from England to warm up the kitchen and where her six cats like to snooze.  We went on a few road trips exploring lovely Ascoli Piceno and seaside towns as well as touring the winding country roads that lead to spectacular vistas.

I finished out the travel year with a fun time on a very seasonal resort, Mallorca, staying for six nights at a hotel in Palma, overlooking the marina and the beach. It was the Traverse 21 conference and I was invited to speak on travel writing.  I enjoyed meeting some great people and hanging out with this crowd of adventuresome travelers many of whom make a full-time living at this. 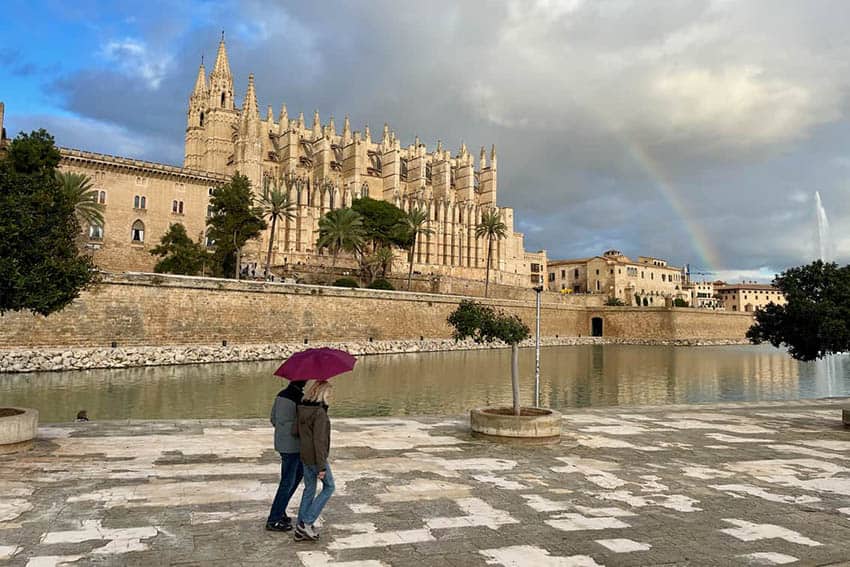