AVE: Traveling Through Spain at 250km per hour 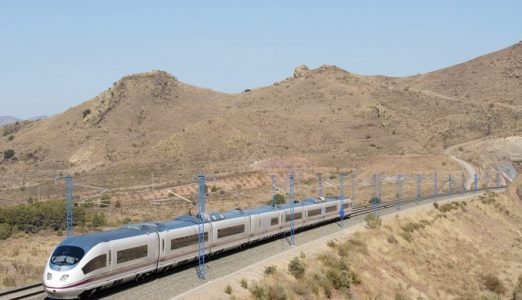 In 2015 an expansive new system of high-speed railways opened across Spain. Today it’s among Europe’s best.

Anyone who has taken an extended trip over to Europe knows that the best way to traverse its vast expanse of unique cultures and varying landscapes is by train. Spain trains can take. you where you want to go all over the country.

Whether it be exploring the wine towns tucked away in France, or exploring up the Italian coast, Europe’s rail system stretches to 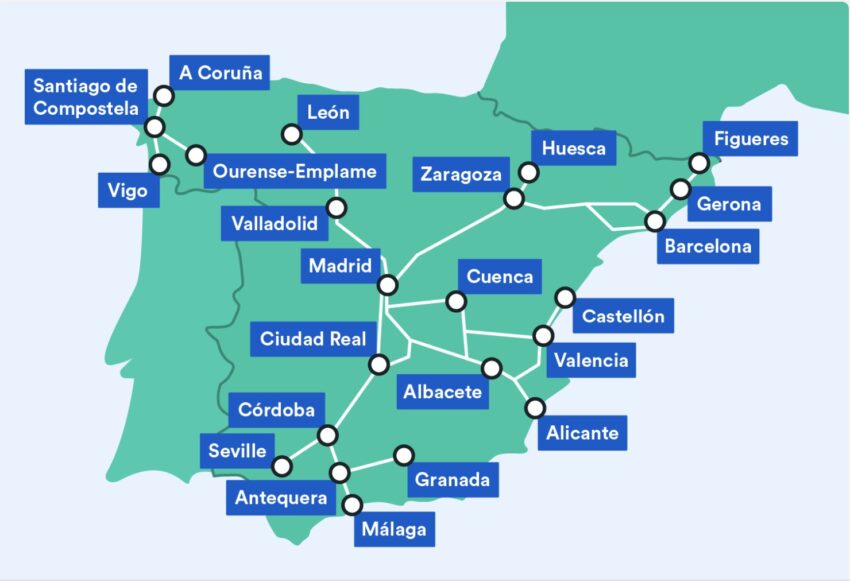 just about every region that could be desired.

While Spain is certainly no exception to this convenient network of travel, in 2022, more than 2000 kilometers of high-speed railway lines are running, bringing the country to the forefront of railroad travel in Europe.

Spain’s RENF AVE high-speed trains have been a fantastic boon to travelers and a big threat to airlines flying between Madrid and Barcelona.

High-speed rail travel hit Europe in the early 1980s when France opened its TGV line from Paris to Lyon.  In time the TGV rail system spread throughout France and began to branch into countries like Switzerland and Belgium.

By 2012 over 114 million people travel on high-speed trains annually in France alone, totaling over 50 billion kilometers traveled by passengers.  Other countries including Italy, Spain, and Belgium boasted numbers to rival, as the lines sped their way to the far corners of the continent. 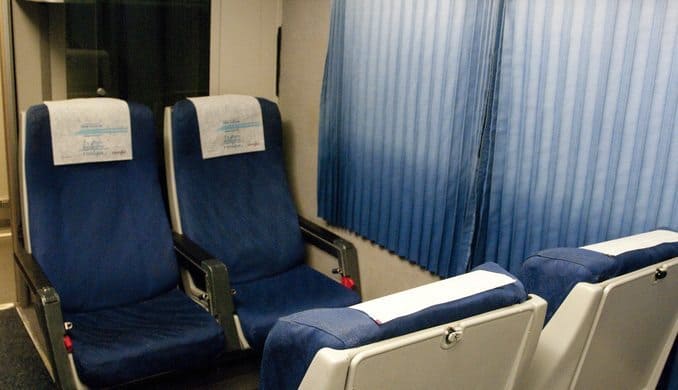 The interior of the new high-speed is more luxurious than most.

It was clear that high-speed train travel was the new way to travel, and why not? It’s hard to say no to Paris – London in just over 2 hours!

In 2019, RENFE announced that it was introducing a new fast, low-cost service between Barcelona and Madrid.

Get the Global Pass

If you’re planning on touring Europe then the Eurail passes available, such as the Global Pass, are definitely a smart purchase.

With price ranges starting under $400 you can travel to 24 countries in timelines spanning from 15 days to a year.  While hitting 20+ countries in 15 days might not be feasible, the pass quickly becomes a worthy expense after your 3rd or 4th country is visited. 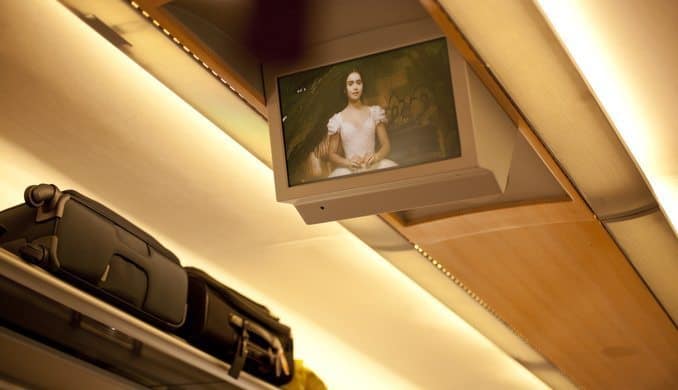 Trains are equipped with entertainment systems, like their airplane counterparts.

This past summer while visiting Europe I had the pleasure of experiencing the railroad system myself in both France and Spain.

It quickly amazed me how much it felt like all the benefits of flying from country to country but without the headaches, security checks, and cramped seating.

When you compare a Ryanair flight to a train trip through France, it’s quickly apparent which is more comfortable!

We rolled into San Sebastian from across the border for just around 20 euros.  While I stayed for a weekend of sailing and beach lazing, Others easily continued on to Madrid with ease.

The high-speed trains were always on time, well kept, and smooth.

When looking at a map of the newly revamped Spanish rail system you can see an intricate network of veins pumping individuals across the country.  The high-speed lines seem to form the obvious apex in Madrid, Spain’s capital as well as 12 other stops around the country.

The ADIF website  (the primary company involved in the expansion) boasts some impressive goals: Nine out of 10 Spanish citizens should be less than 30 kilometers from the nearest high-speed station. 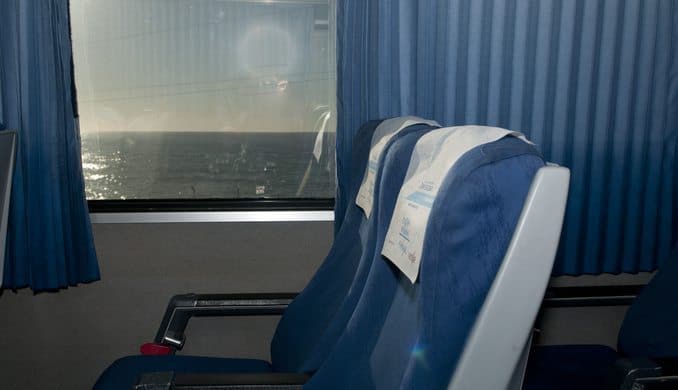 Lie back and relax, it won’t be a long ride!

Spain is now second only to China in the world of high-speed rail travel.  Over 5,000 trains will be able to run on the Spanish railway system every day, carrying close to 100,000 passengers a day.

Funding for this expansive project came from, among other sources. European Union funds, subsidies from the Cohesion Funds, EDRF and TEN-T programs.

Its construction brought with it a stimulus of jobs in a country whose economy, like many countries in the world, is currently experiencing hardship but is on the rebound.  With the expansion. there has been a strong focus on the promotion of sustainability.

As a part of the Green Stations program, extra care has been taken to observe the fragile and protected lands that some of the new lines travel through.  Spain hopes to be a model to the rest of the world in this field.  After all, these lines are supposed to be the travel mode of the future!

Luke Dowley is a freelance writer based in New York City and is currently working with a drone start-up company that began at UMass.

Airline Miles and Points: Going to Cooler Places for Less