The Practical Guide to Cairo: Everything You Need to Know

If you need any more convincing to purchase your plane ticket to Cairo, Egypt, The Practical Guide Cairo will certainly give it to you. This guide was revised in 2011.

Written from the perspective of people who actually live in and love Cairo, you will get all the information you need on what to do, where to go, what to eat, and how to enjoy their magical city. But the Practical Guide doesn’t sugarcoat it, so you’ll know as much about what to avoid as what you should definitely not miss.

With detailed sections on beggars, marketplaces, service at restaurants and hotels, and even a ‘Living in Cairo’ chapter, there will be nothing you can’t handle. It even gives you a guide to learning some quick and basic Arabic so you won’t be such a foreigner!

This is not only a must-read for Cairo-bound travelers but an enjoyable one at that. With a bit of humor thrown in to spice it up, there isn’t a dull moment, even when reading about the most basic aspects of getting around.

In this excerpt on Cairo’s cuisine, no details are spared. Including the best spots to grab a fuul, or a typical breakfast sandwich made of beans and spices, the Practical Guide also mentions when the Egyptians eat their fuul so you don’t show up somewhere and interrupt their breakfast.

Food and Drink in Cairo

Cairo boasts some fine restaurants and new ones open every week to take advantage of Egypt’s bounty of fresh, excellent produce available almost year-round. Another plus: most foreigners will find that, except at the very highest levels, restaurant prices are mostly very reasonable.

For foreigners who prefer the tried and true, all the large hotels offer ‘continental’ cuisine like one finds the world over in their coffeeshops and plush restaurants. Breakfast buffets, in particular, are designed to satisfy the peculiarly wide range of what people eat in the morning: fish for the English and Scandinavians, cheese and charcuterie or the Germans, croissants for the French, scrambled eggs and cereal for the Americans, plus steaming copper vessels of fuul, the Egyptian breakfast of champions. 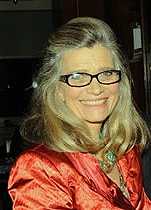 Note, though, that these buffets are not cheap—between LE 150 and LE 300—so if you indulge, eat heartily. Some of the hotels throw in breakfast with the room, which represents a considerable saving particularly when traveling with children, so do try negotiating this.

Continuing in the tried-and-true vein, foreign readers will be either relieved or appalled to see the familiar logos of McDonald’s, Domino’s, Fuddruckers, Pizza Hut, KFC, Baskin Robbins, Hardee’s, and local variants thereof on virtually every corner of Cairo. Well, not in Islamic and Old Cairo…yet. Will the Golden Arches rise up next to Bab Zuwayla one day? Perish the thought.

These fast-food joints are wildly popular among Egyptians and foreigners, and the in thing for toddlers’ birthday parties is for the little critters to invade one of these places with their harried mothers in tow. Curiously and most refreshingly, service at both the Egyptian and international fast-food and take-away restaurants is far superior to that found in many of the upscale places.

Nearly every kind of food is deliverable in Cairo, from groceries to fine restaurant cuisine and fast food. Check bookstores for the most recent dining guides, pick up The Croc, or go to www.otlob.com.

Before discussing what Egyptians eat, it is handy to know when they eat. Lunch at home or in restaurants other than those in hotels is usually not served until at least 2 pm and can start anywhere up to 5 pm after that. But some places close between 3:30 and 7 or 8 pm.

For dinner, restaurants are deserted until at least 8, when tourists start trickling in, but 10 or 11 is when Egyptians start arriving, and it is not at all unusual for dinners at 1 or 2 in the morning. Office workers often have breakfast at their desks around 10, so 11 am might be the ideal time to approach government offices in particular so as not to disturb the morning’s rituals. 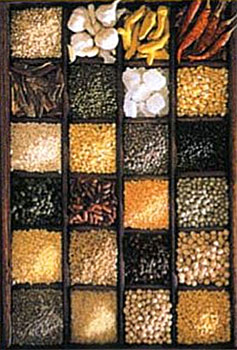 Egyptian cuisine is a mélange of Middle Eastern fare with local variations in spice. In general, the food is not overly hot-spicy, although it can be very salty. There are loads of good places around town to try, each with its own adherents who swear that this place has the best kufta, that stand the best Ta’miyya.

We describe here some of the dishes you will encounter and reliable places in which to do so, but we hope you will discover your own favorites and maybe even report back to us.

Breakfast often consists of a fuul sandwich—stewed broad beans with spices and salt added, slathered into ‘eesh shaami or ‘eesh baladi, respectively the delicious white and brown Egyptian versions of pita bread. The bread is sold in bakeries and supermarkets, but it is also hawked by children on every street corner, and young boys wheel around Cairo on their bikes balancing huge piles of it on door-sized frames on their heads.

Ta’miyya, fried patties of ground broad beans, parsley, coriander leaves, and other greens mixed with spices and sometimes egg, is also eaten at breakfast and throughout the day.

Another way of preparing broad beans is to allow them to sprout and then marinate them in oil and spices: this is fuul naabit, a good snack often served free with drinks in bars (the Cellar Bar in the President Hotel is reputed to serve the best).

Speaking of bread, and to torture our readers who love it, the very best bread in Egypt, and perhaps in the whole wide world, is called ‘eesh shamsi—‘sun bread.’ Bread cognoscenti compare it favorably to France’s pain Poilane. 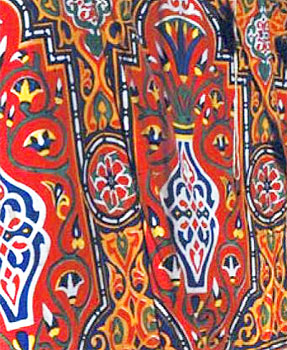 Left to rise on the hot sand in the sun, it is chewy and brown, with a crispy crust and a marvelous bite and aroma—divine. But you cannot get it in Cairo, so there!

It is made only in Upper Egypt, a whole hour away by plane. Who will be the first to make a mint by marketing ‘eesh shamsi in Cairo and Alexandria? In the meantime, leave an entire suitcase empty to carry loaves of it home with you from Hurghada, Aswan, and Luxor.

Lunch and dinner always begin with selections of mazza, or appetizers, which can in themselves make a great meal. Babaghannuugh and TaHiina dips are standard, the former being smoked and mashed eggplant (aubergine) with garlic and oil, the latter being a ground sesame seed paste with mild spices.

Both are eaten with plain or toasted slices of ‘eesh baladi, as are soft feta cheese dips with tomato and garlic. Wara’ ‘inab are grape leaves stuffed with minced meat and rice, served both hot and cold; our favorites are from Estoril downtown and Paprika on the Corniche.

Sometimes you see baTaarikh, the semi-dry pressed Egyptian salmon roe—very strong, salty, and somewhat expensive, but otherwise not much like caviar—served with a hard-boiled egg. Tabbuula is usually delicious in Egypt; either as the salad course or part of the mazza, this mixture of parsley, tomato, onion, lime juice, oil, and usually bulgar wheat, tastes like health incarnate.

Mazza also might include pickled carrots, radishes, onions, and olives. A few of the desert monasteries make and sell fantastic olives, but the ones in Cairo stores and restaurants tend to be more bitter than their European cousins. 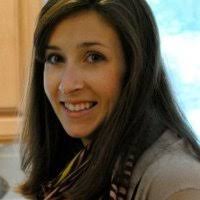 Mariel Kennison is a mother who lives in the Boston, MA area.