The Top 10 Cities in Europe for Dark Tourism 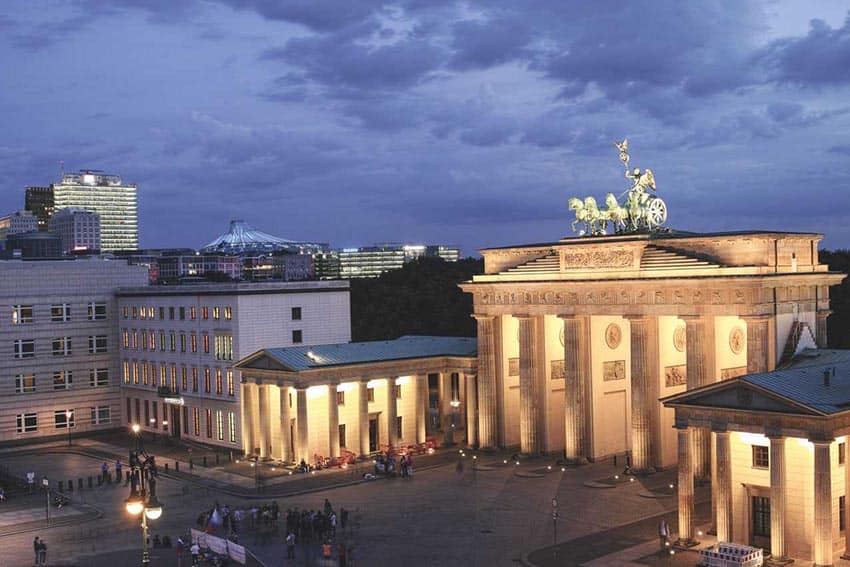 Dark Tourism Centers of Europe: Where Bad Things Once Happened

War, tragedy, death, and everything in between; Europe has experienced it all. Today, many tourists are keen to learn more about the continent’s dark past. Curious? Let’s dive right in.

Many tourists may gravitate towards the more glamourous and glittering aspects of the European continent, from the impressive Eiffel Tower in Paris to the famous Grand Canal in Venice. Still, many others may want to learn about the tragedy and turmoil that has ensued throughout the centuries.

From natural disasters to civil wars, continent-wide plagues to gruesome battles, Europe is home to centuries of dark and twisted tales. If you’re curious to learn more about the morbid secrets of the past, then here are the top ten cities in Europe for dark tourism. 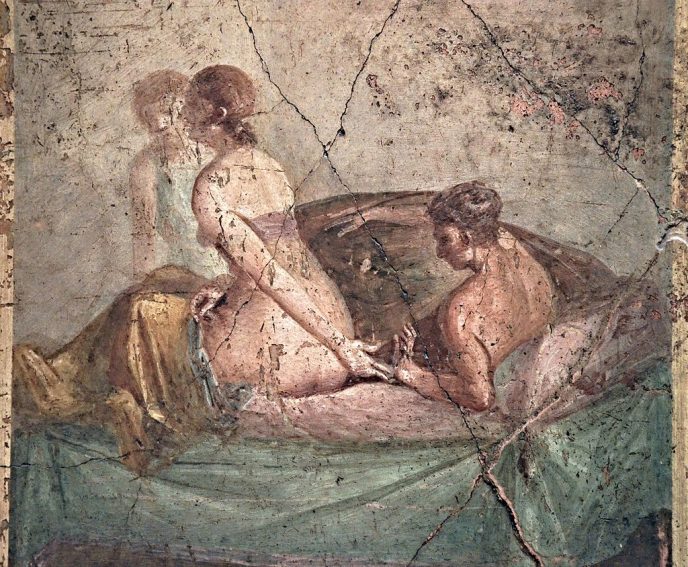 10. Pompeii, Italy – One of the most Tragic Natural Disasters in History

First up on our list of cities in Europe for dark tourism is Pompeii, situated just 25 km (15.5 miles) south of Naples. Once a thriving Roman city, Pompeii has been left abandoned since 79 AD, when Mount Vesuvius erupted, destroying everything in its wake.

About 20,000 inhabitants enjoyed a food market, a bar, many restaurants, several theaters, a gymnasium, aqueducts, baths, and even a hotel. Then, in 79 A.D. the sky came crashing down on them. Mount Vesuvius blew her top and buried everything under sixty feet of ash and pumice. The city was abandoned and eventually forgotten. Not until the mid-1700s was the town rediscovered through excavations.

Today, visitors can take a tour of the archaeological site and explore the excavated ruins of the streets and buildings that used to stand

You may not have heard of Hunedoara in Romania. However, we bet you’ve seen pictures of or heard of the haunting castle that stands here.

Corvin Castle, located in the region of Transylvania, Hunedoara, is as ominous as it first appears. First built in the 14th century, this castle is home to many dark and twisted tales that you can discover by taking a tour.

Many will know Paris for its glamour, architecture, and romantic appeal. However, you may be unaware of the darker side of the ‘City of Love’s past. Taking a walk below the city’s streets, you will be shocked by what you find.

Hidden 65 ft (20 m) below street level are the horrifying Catacombs. These underground ossuaries hold the remains of over six million people, and shockingly, you can explore this morbid site for yourself through the extensive tunnel system. Beneath each street in the city is a sewer pipe of the same name. Really, the trip is a wonderful experience: it doesn’t smell, but strapping, healthy rats do scurry around quite shamelessly; and of course, you can’t visit during or immediately after heavy rainstorms. 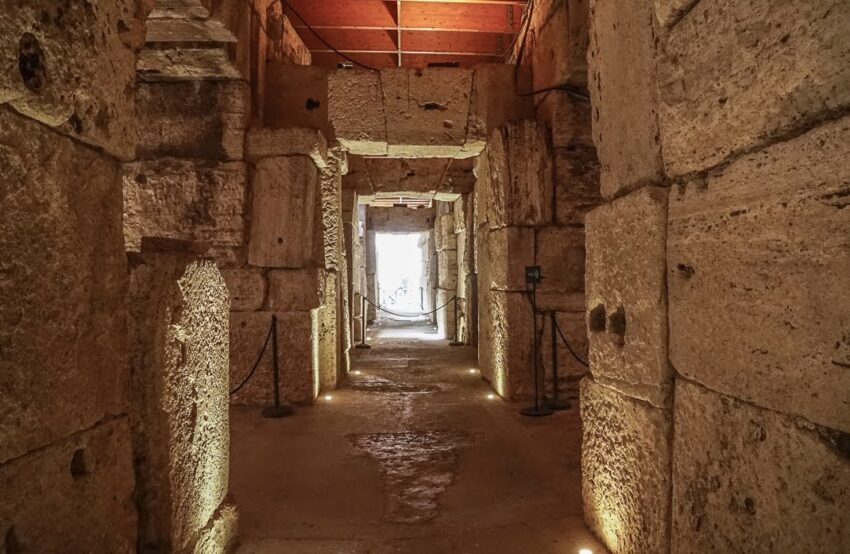 The Colosseum Underground is a 15,000-square-meter maze of corridors and passageways where the gladiators and animals hung out before ascending to the Colosseum floor.

As the site of emperors and battles, gladiators, and colosseums, Rome is one of the most historic cities in Europe. So, it comes as no surprise that the city has its fair share of tragedy and suffering.

Some of the most horrifying aspects of this city that you can discover to this day include the Ardeatine Caves, the Santa Maria della Concezione dei Cappuccini, the Colosseum, and Mussolini’s bunkers at Villa Torlonia. 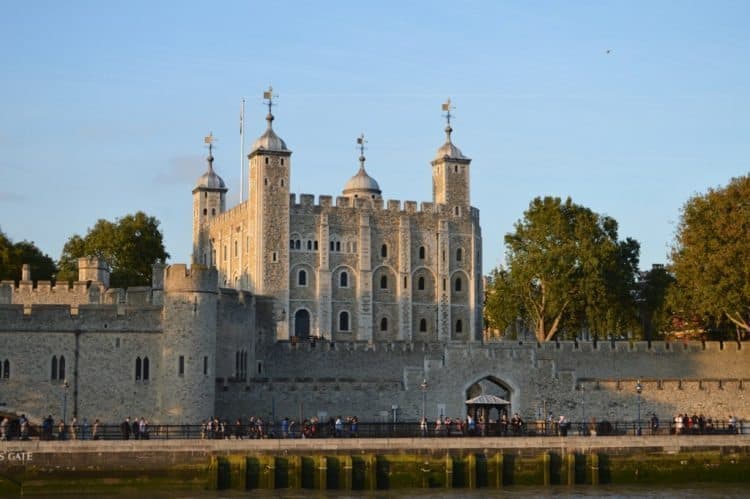 The capital of the United Kingdom is no stranger to tales of tragedy and suffering. From plagues to city-wide fires, regions hit the hardest by the two world wars to gruesome murders, there is plenty of dark history to be discovered here.

Check out the Tower of London, take a tour to learn about the infamous serial killer Jack the Ripper, or check out the Monument to the Great Fire of London for some of the darker aspects of this city.

5. Berlin, Germany – One of the top Cities in Europe for Dark Tourism

It may not come as much of a surprise to see the German capital mentioned on this list.

As one of the cities hit the hardest by both World Wars and the Cold War, Berlin certainly boasts a horrifying past. While the city has seen huge progress and modernization in recent years, you can still discover all about its dark past while visiting. The Pearl on the River Spree still bears scars from the devastation of the Second World War, and from nearly 40 years of division brought about by the Cold War and the construction of the Berlin Wall. These scars still mar both the physical and mental landscapes of the city. 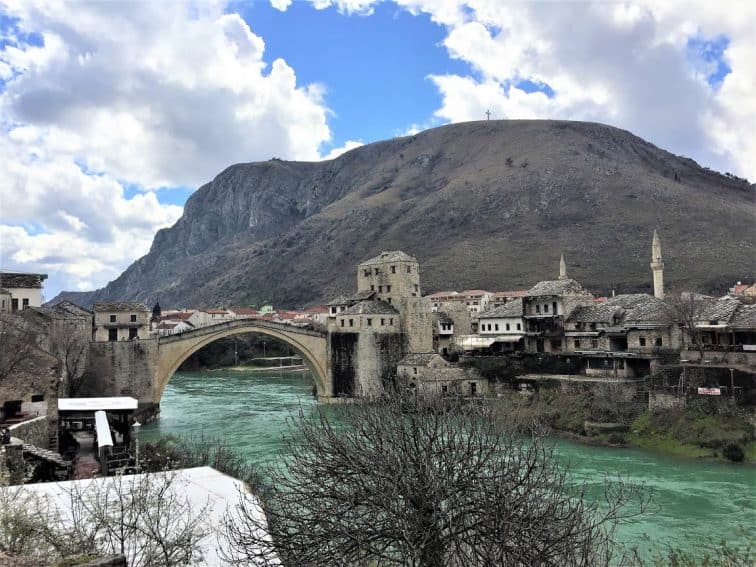 4. Sarajevo, Bosnia, and Herzegovina – a Tumultuous and Tragic History

Sarajevo is a city not to be missed when it comes to dark tourism. It is the city where Archduke Franz Ferdinand and his wife Sophie were assassinated in 1914, which is often deemed the catalyst for the start of the First World War. Bosnia was the most severely battered part of the region during the civil wars of the 1990s.

Photographs of the Old City “then and now”, show a degree of wanton destruction that is hard to imagine. What possible military purpose the city’s Old Bridge had is hard to tell, and why it was necessary to bomb the historical center is difficult to fathom.

Aside from that, the city has faced much tragedy and conflict throughout the last 100 years that can be discovered through War Tours and museums. 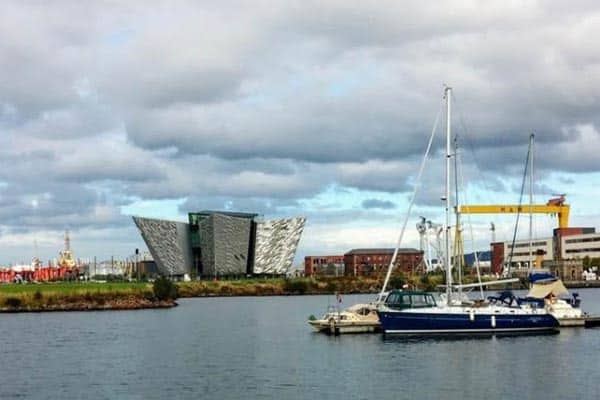 The Titanic Project is a highlight of the renovated waterfront and former shipyards of Belfast.

Many people still ask to this day whether or not it’s safe to visit Belfast. The answer is yes, but after years of conflict throughout the 20th century, many are still wary of visiting.

One of the best things to do in Belfast to get an insight into its turbulent past is taking a Black Taxi Tour. On these tours, local guides will take you through the main sites of conflict, including the Peace Walls, and give you a fascinating insight into the city’s past.  90-minute mural tours take you from east to west, north to south taking in both sides of the community and how they depicted their war efforts through amazingly detailed murals. All the cab drivers have lived through the bloodshed and give an insight into the history behind it all and their own experiences living through it. 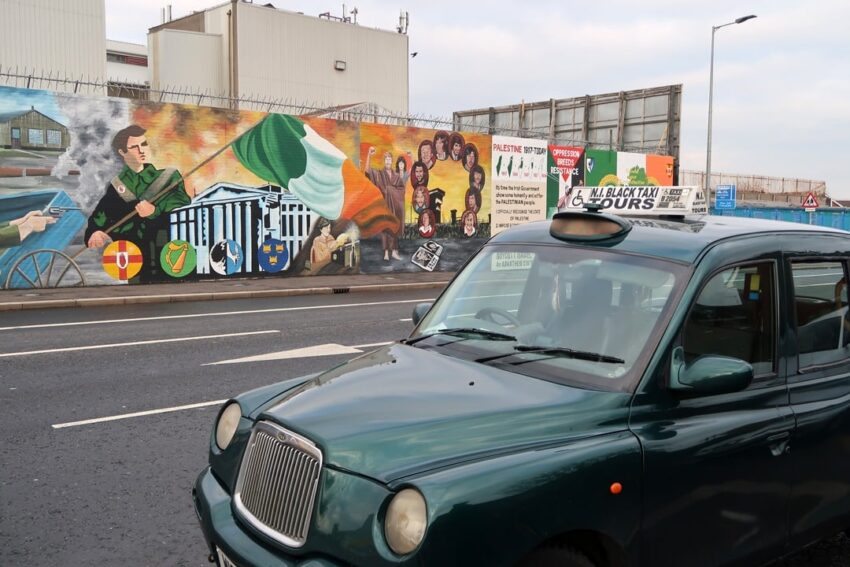 2. Oswiecim, Poland – a Central Site of one of the Biggest Tragedies in Europe

You may not recognize the city, but we can bet you will recognize the name of the site we’re about to mention. Oswiecim in Poland is the home of Auschwitz-Birkenau, one of the largest and most notorious Nazi concentration camps in Europe.

Over 1.1 million men, women, and children were murdered here between 1940 and 1945 as part of the Nazi’s brutal system of extermination. Today, the camp serves as a stark reminder of the Holocaust and the tragedy of human cruelty and suffering.

More than two million people from all over the world visit the Auschwitz-Birkenau Museum every year, and this year I was one of them. It’s difficult to talk about the experience, except to say that, along with the 50 million people who have visited the site since its liberation in 1945, I am a witness to the depths of human depravity. 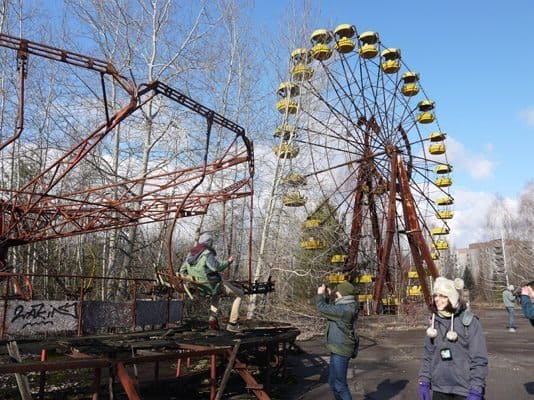 It’s not just the incredible number of people who were murdered; it’s also the way that they were robbed of their humanity before they died.

1. Pripyat, Ukraine – the aftermath of a Nuclear Disaster

Topping our list of cities in Europe for dark tourism is Pripyat in Ukraine. Pripyat was the home of the Chernobyl Nuclear Power Plant, which exploded in 1986, causing a wave of radioactive dust to spread throughout the surrounding area. Two workers were killed instantly and 40 hours later the residents of Pripyat were ordered to evacuate – with no one to ever return. Almost 28 years on, you can now visit this ghost town taking one of several Chernobyl Tours that are available here.

Almost 50 years on, the radioactive chemicals are still in the atmosphere here. So, tourists must undertake various safety precautions before visiting. 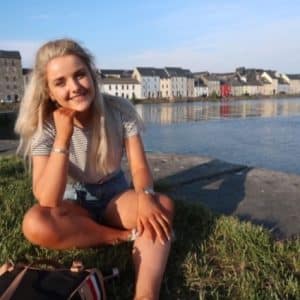 Siân McQuillan is a writer and travel lover from County Down, Northern Ireland. While she enjoys traveling to other countries and exploring new places, she loves nothing more than discovering all the wonders her home country of Ireland has to offer. When not writing about her travel experiences, Siân can be found exploring the great outdoors and will more than likely be somewhere near the Mourne Mountains or the Causeway Coast.