Château Owner Upholds the Legacy of Leonardo and his Own Family with New, Immersive Exhibits in Amboise 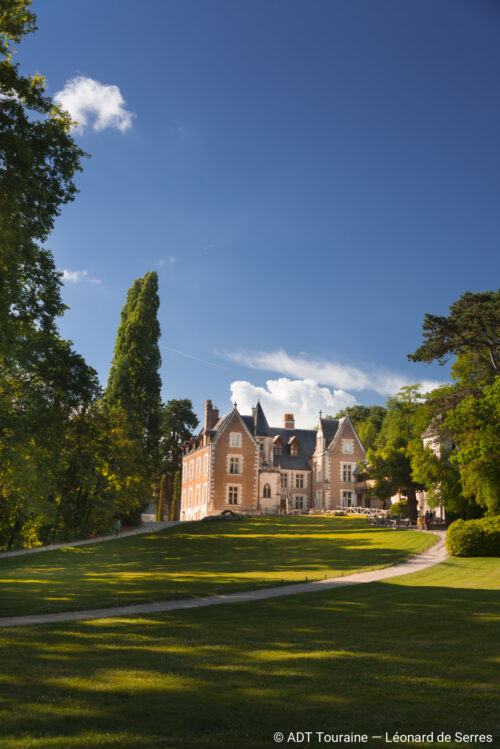 It takes only a brief conversation with Francois Saint-Bris, owner and manager of the Château du Clos Lucé in Amboise, France, to discover his passion for the life of Leonardo Da Vinci.

“Leonardo Da Vinci is certainly the largest genius in the world,” said Saint-Bris in a Zoom from within the walls of the château once home to the Renaissance era genius.

In 1516, only a few years after the Mona Lisa was painted, Da Vinci was persuaded by the king of France to live at the Château du Clos Lucé under his demands to solely dream, think, and work. He created several masterpieces for the king while living at château before passing away three years later.

Almost 500 years after Leonardo Da Vinci’s death, his brilliant works are still treasured in the present time at the Château du Clos Lucé.

Its newest exhibits which opened in June 2021 – Leonardo Da Vinci, Painter and Architect Galleries – offer an immersive and technologically-rich adventure for guests.

Between the Brush Strokes

According to Francois Saint Bris, it took four years and many discussions with architects, textile factory heads, technology companies, and Da Vinci experts to create the Clos Lucé’s newest exhibits.

On the ground floor of the Leonardo Da Vinci Painter Gallery, guests can practically walk into 10 of Da Vinci’s most famous paintings. The gallery space projects moving, magnified versions of his art onto the walls and ceilings and plays Renaissance music that might have been in the background of Da Vinci’s painting sessions.

“We want to explain how [Da Vinci’s paintings] moved from his mind to his hand to the preparation drawings to the masterpieces,” said Saint Bris.

In the Leonardo Da Vinci Painter Gallery, Da Vinci’s masterpieces are projected on the walls and ceiling.

“So, we selected about 200 drawings of these 17 masterpieces and we explain the processes of creation from the preparatory drawings to the final masterpiece.”

“The conclusion is: you cannot make a masterpiece if you are not preparing everything like the drapery in the Saint Anne or the angels in the Annunciation. The process of creating chef-d’oeuvre is explained, and it’s a sensorial experience with Leonardo Da Vinci’s painting.”

Technology Leonardo Would Approve of

In addition to his paintings, Da Vinci is also known for his architectural and town planning feats.

King Francis I ordered Leonardo to design a new city in the center of France, Romorantin, and a royal palace to accompany it. Da Vinci worked on these plans until his death in 1519. Though the city and palace never came to life, his work is memorialized in seven drawings.

The Clos Lucé took these seven drawings and worked with a technology company to digitally construct the Royal Palace of Romorantin. In their Leonardo Da Vinci Architect Gallery, you can experience Leonardo’s dream of flying and his plans for Romorantin in an immersive video game.

In the video game, “you are aboard the ornithopter – which is the flying machine designed by Leonardo – and you fly over a pretty overview of the reconstruction of the Royal Palace of Romorantin and see the final castle Leonardo was dreaming of,” said Saint Bris.

Da Vinci’s extensive notes and drawings can be found all around the galleries.

Saint-Bris hopes this video game will engage both young and older generations with a fun and unique interactive experience. Guests can also browse through the many life-size models, tables, and drawings around the architect gallery to learn more about Da Vinci.

Why did the Clos Lucé choose this technologically-driven approach to their new exhibit?

In addition to the new galleries, the Clos Lucé still offers tours of the château and its grounds. Guests are able to immerse themselves in the bedroom, study, kitchen, and chapel that the famous artist once inhabited.

You can even explore the secret passageway that connected the Clos Lucé to the Royal Castle of Amboise just 500 meters away.

“It was said that when King Francis I was in Amboise, he was always paying a visit to Leonardo Da Vinci to work on his many, many projects,” said Saint-Bris.

At the time, Da Vinci was working on finishing the Mona Lisa and Saint John the Baptiste paintings. Plus, he was working on a horse statue, designing a new palace and city, and planning a feast all for the king. Naturally, they had a lot to discuss.

“It’s interesting that this underground was used by Francis I, at just 23 years old, to come and visit Leonardo, who was at the time being 64 to 65 years old, incognito.”

“[Leonardo] was a kind of a mentor of the King because the king lost his father at the age of two years old.”

For Francois Saint-Bris, the château is more than a historical monument and beautiful park; it’s his home.

“I was born in Tours, near Amboise, and I grew up with my father, mother, and brothers and sister – we were a family of eight children – in this castle,” said Saint-Bris. “So I learned [how to run a château] from my father who was managing the castle at the time being.” 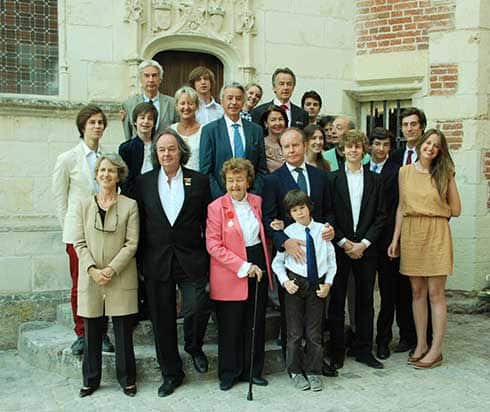 The Saint Bris family acquired the Clos Lucé from the Amboise family in 1854.

“My family has owned the domain of the Clos Luce since 1854 – about 7 generations. My parents, Hubert and Agnès Saint Bris started a fantastic adventure just after the war in 1952 about 100 years after the acquisition of the resort.”

“It was a fact that the many private castles after the war needed to be maintained and the only way was to open the doors to the larger public.

So, my parents started to restore this historical mansion and they opened it to the public in order to transmit the universal spirit, memory, and knowledge of this special place.”

Francois’ older brother, Jean Saint Bris, ran the château until his passing. Given the experience of Francois’ successful career in international affairs, he was chosen as the manager of the Clos Lucé.

Francois’ efforts to enrich the Clos Lucé with new technologically-innovative exhibitions and educational experiences for guests are sure to make his family, and Leonardo Da Vinci, proud.

Visit the Château du Clos Lucé’s website to buy tickets to the new exhibits and the Touraine tourism website to plan your stay.